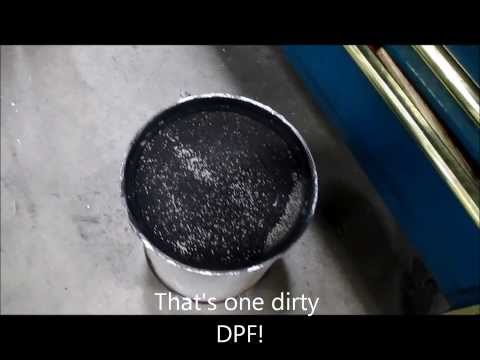 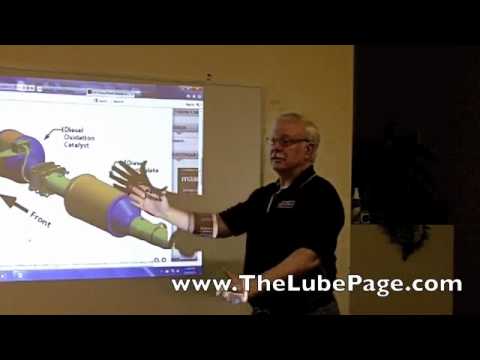 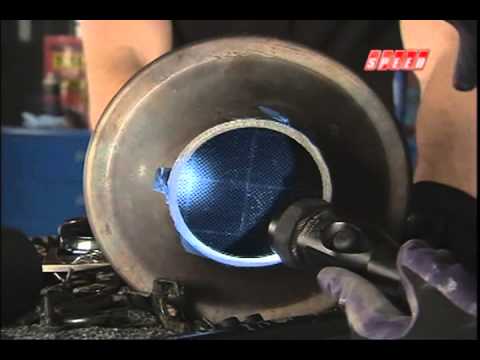 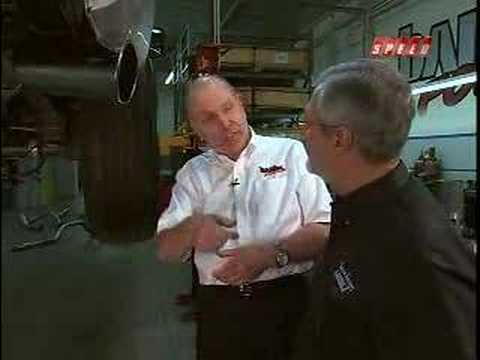 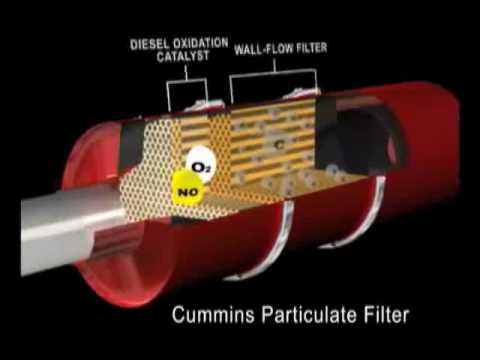 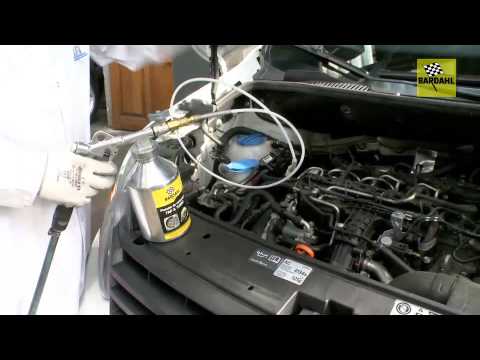 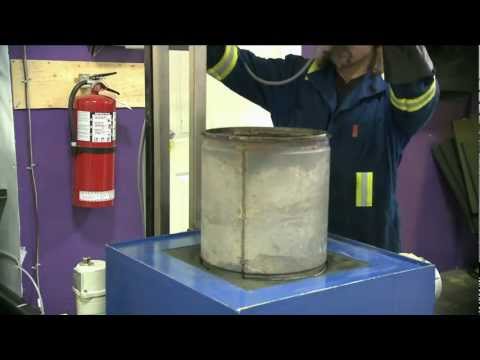 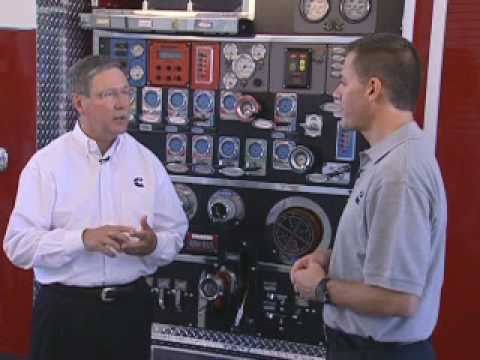 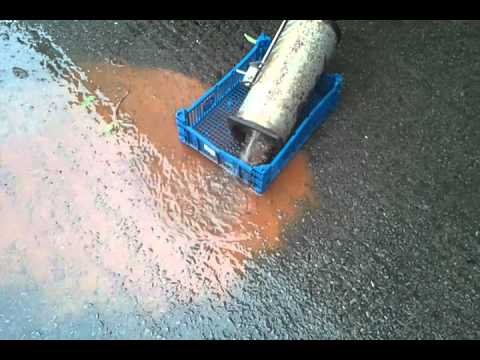 ONBOARD® can help reduce DPF regeneration cycles by up to 50%.

I‘ve said this before, but If I was a good engineer, I’d develop an aftermarket system to fix this (DPF regen), and I’d end up taking all my calls in the Bahamas. Because there’s millions of these trucks with this problem and if somebody had a good retrofit kit they could sell for you know, 1,000, 1,500 bucks, they could just keep selling them.

How Does ONBOARD® Help Reduce DPF Regeneration Cycles?

ONBOARD® ECVD removes soot from your oil and in the process, reduces the amount of soot that gets into the DPF to begin with.

What is a DPF?

The DPF physically captures the soot and ash particles in a mesh-like structure within the filter.

What does the DPF warning light on my dash mean?

The DPF warning light displayed on the dash indicates that the filter is not working correctly or is in need of maintenance/regeneration. Sensors within the device monitor the back pressure and temperature of the system to ensure it is working correctly. When the readings from these sensors are outside a pre-programmed limit, they will trigger the warning.

Once activated, the light should trigger a regeneration cycle of the filter or could indicate that the device is faulty and in need of replacement or repair. Ouch.

The symptom is a filthy, restrictive Diesel Particulate Filter. With ONBOARD ECVD, our goal is to reduce regen cycles by keeping much of the soot from getting to the DPF in the first place. Our Evaporation Convection-Vacuum Dehydration technology does exactly that.

There are three different types of DPF regeneration that are commonly used. These are active, passive and forced.

Active regeneration of the DPF is performed by the ECU triggering a post combustion fuel injection. This increases the temperature in DPF, burning off the soot and particles that build up in the filter. This type of regeneration can cause higher than normal fuel usage.

Forced regeneration is a way of cleaning the DPF using a maintenance process which has been built in by the manufacturer. This process can only be started by a dealer/mechanic with the right tools and access to the vehicle’s management systems. This process usually involves kicking off a DPF clean cycle in the workshop which runs the engine at a high RPM for a considerable period of time. The Electronic Control Unit (ECU) ensures that this cycle heats the DPF to an extreme temperature, burning off the contents of the filter. In some cases, the ECU injects fuel into the post-combustion process to achieve these temperatures. In most cases the engine oil will need to be changed as the vehicle will literally “cook” the lubricant. 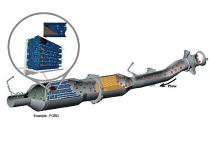 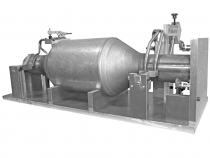 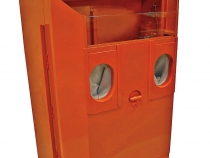 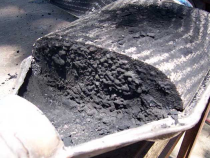 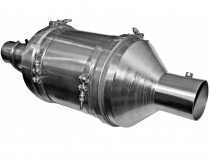 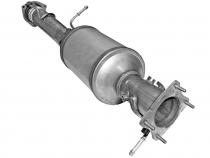 DPF cleaning is a manual process that removes the soot and particulates from the filter. DPF cleaning is often achieved by utilizing ultrasonic cleaning technology in combination with specialized chemicals. This process removes all particulates, returning it back to near new condition.

There are many companies offering DPF cleaning service, many which offer a guarantee, free collection and return. Having your DPF cleaned is certainly a viable alternative to replacing the entire unit, considering the cost of replacement.

What is a DPF additive?

Why are diesel particulate filters so expensive?

Modern DPFs are made from various materials including a porous ceramic material, silicon carbide or metal fibres. Due to the materials used and the complex design of the filter, can raise costs beyond $1,600.

How long should a DPF last?

The lifespan of a DPF is difficult to predict. There are many factors to consider. For the average operator, one can expect a DPF to last in excess of 70k miles. Lower mileage city drivers can expect earlier replacement due to increased soot levels and the inability for the DPF to regenerate under normal driving conditions.

Should I use a DPF cleaning fuel additive?

Not necessarily. Fuel additives have been attributed with reducing emissions and soot from the fuel burning process which could reduce the chance of the DPF being blocked. Claims that an additive can unblock the DPF and extinguish the warning light are simply not true. By the time the additive has been through the combustion process there will be little left and certainly won’t be capable of unblocking the filter.

What should I do when I see the DPF warning light?

At the first instance, contact your manufacturer’s service center. Depending on the model and make of your truck, the process of regenerating the filter will differ.

Failure to correctly regenerate the filter in a timely manner can lead to a costly manual regeneration, or in the worst case – failure of the device.

I have a DPF, what engine oil should I use?

Always use the engine oil recommended by the manufacturer. Most manufacturers specify a low SAPS oil, which is specifically designed to be low in sulphated Ash – a by-product of diesel combustion that causes the DPF “mesh” to become be blocked. It’s also advised that you install ONBOARD®. ONBOARD® ECVD was specifically designed to diminish the amount of soot and other diesel particulates from reaching the DPF.

Can I remove my DPF?

Due to the high costs of replacing diesel particulate filters, a whole industry has emerged around removing the devices completely (DPF removal). This involves replacing the unit with a pass-through pipe or modifying the existing unit by removing the mesh or filters inside.

Is it legal to remove my DPF?

According to the DPF guidance sheet on the .GOV website. It’s is an offense to remove the DPF.

It is an offense to use a vehicle which has been modified in such a way that it no longer complies with the air pollutant emissions standards it was designed to meet. Removal of a DPF will almost invariably contravene these requirements, making the vehicle illegal for road use.

With this is mind, think twice before you consider removing your DPF.

Is my DPF filter covered under warranty?

The DPF is seen as a consumable by many manufacturers and warranty providers. The cost of replacing or regenerating the filter is normally not covered but we would suggest seeking advice if you are experiencing DPF related issues.